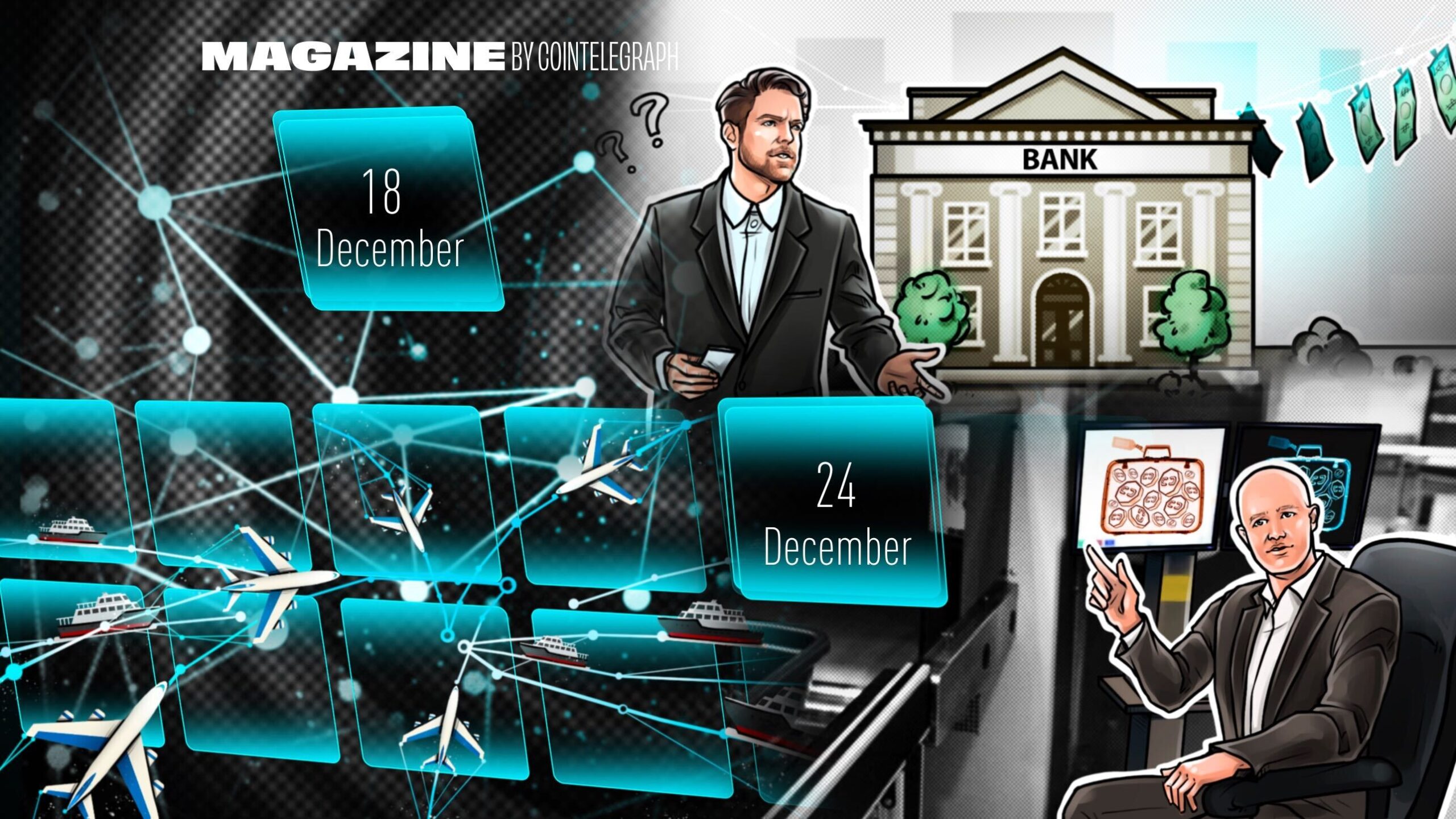 Sam Bankman-Fried will spend the holidays with his family in Palo Alto, California, after his parents secured $250 million in bail funds with the equity in their home. Among the conditions of the bail are home detention, location monitoring and his passport surrender. The former FTX CEO signed surrender documents on Dec. 20, allowing his extradition from the Bahamas to the United States, where he faces eight charges that could keep him behind bars for the rest of his life. Bankman-Fried will now wait for his sentence at home with his family.

Former Alameda Research CEO Caroline Ellison and FTX co-founder Gary Wang have pleaded guilty to federal fraud charges. Ellison, however, is working on a plea deal with the Office of the United States Attorney for the Southern District of New York, which would evade all the seven charges against her, resulting in a $250,000 bail bond and prosecution only for criminal tax violations. The agreement doesn’t provide protection against any other charges that Ellison might face from any other authorities. Wang and Ellison are reportedly cooperating with U.S. authorities on investigations related to FTX’s collapse.

Is Ethereum left and Bitcoin right?

Are You Independent Yet? Financial Self-Sovereignty and the Decentralized Exchange

Global investment bank Houlihan Lokey has proposed a plan to resolve the liquidity issues at crypto lender Genesis and its parent company, Digital Currency Group (DCG). The plan, devised by Houlihan on behalf of a committee of creditors, would further provide a path for clients of crypto exchange Gemini to recover assets owed by Genesis and DCG. Genesis platform withdrawals have been suspended since Nov. 16, days after the company disclosed that nearly $175 million of its funds are stuck in an FTX account.

Binance.US set to acquire Voyager Digital assets for $1B

With a bid of $1.022 billion, Binance.US will acquire the assets of bankrupt crypto lender Voyager Digital. The sale, however, is subject to a creditor’s vote and closing requirements. A hearing will also be held by the presiding bankruptcy court to approve the purchase agreement on Jan. 5, 2023. In good faith, Binance has agreed to deposit $10 million and reimburse Voyager for certain expenses up to a maximum of $15 million.

In its latest move into the crypto space, Twitter has added price indexes for Bitcoin and Ether to its search function. The new feature allows users to simply search for the ticker symbol, whether for a stock or crypto, and check price’s graph. Other cryptocurrencies, including Dogecoin, did not make the list. The company plans to expand its coverage in the coming weeks.

For more info on crypto prices, make sure to read Cointelegraph’s market analysis.

Australia’s world-leading crypto laws are at the crossroads: The inside story

Blockchain Startups Think Justice Can Be Decentralized, but the Jury Is Still Out

“Regulation should focus on intermediaries (the centralized actors in cryptocurrency), where additional transparency and disclosure is needed.”

“This is why you have situations like the Mango exploit happen where the exploiter will first steal the funds and then start negotiating. There’s no proper incentive to report.”

“If you can make a wallet that a billion people use — that’s a huge opportunity.”

“Decentralization will include blockchain as a foundational element, but other technologies will expand the potential in new ways that blockchain was never designed to do.”

“Argentina is becoming a hub for bringing tech development and resources to Latin America from the rest of the world.”

“The most challenging thing for [blockchain analytics] firms working on this today is when money moves off chain and into the banking system because they’re no longer able to track it.”

Prediction of the Week

Bitcoin prices dip below $16,700 at the end of the week, after recovering some ground on the previous day.

A Santa Claus rally for Bitcoin is unlikely to happen, as the mood among some pundits is firmly bearish.

Pseudonymous Twitter user Daan Crypto Trades called attention to Bitcoin’s yearly close, which is likely to be Bitcoin’s third negative performance year. “The percentage loss this year is sitting right in between the other two negative years, being 2014 and 2018,” he noted on Twitter.

FUD of the Week

Ethereum’s native token, Ether, is no longer available on Paxful, a peer-to-peer cryptocurrency exchange. Ray Youssef, CEO of Paxful, announced the move in a message to the roughly 11.6 million users of the platform. Among the reasons to unlist the token, Youssef mentioned Ethereum’s switch from a proof-of-work to proof-of-stake consensus, claiming the transition has turned ETH into a “digital form of fiat.”

South Korean authorities continue to investigate and freeze funds of the people involved with the Terra ecosystem. By order of the local court, several assets of Kernel Labs, a Terraform Labs affiliate, valued at $92 million have been frozen. Kernel Labs CEO Kim Hyun-Joong reportedly holds the largest amount of illegal proceeds from Terra. In November, assets worth over $104 million were also frozen following a request from South Korean prosecutors in the case.

What it’s actually like to use Bitcoin in El Salvador

The Metaverse is awful today… but we can make it great: Yat Siu, Big Ideas

We spend half our lives on the Internet, so we’re already in an early version of the Metaverse. But Animoca co-founder Yat Siu tells Magazine there’s a much better way forward.

The most eco-friendly blockchain networks in 2022

This year saw the realignment of the crypto industry toward greener, more energy-efficient blockchains.

The most engaging reads in blockchain. Delivered once a
week.

Cointelegraph Magazine writers and reporters contributed to this article.

What are phygital NFTs, and how do they work?
Bulgarian Businessman Loses Half a Million Dollars to Call Center Crypto Fraud
Crypto firms could face 2 years jail for breaching UK advertising laws
Fantom’s 5-week winning streak is in danger — Will FTM price lose 35%?
Is BTC price about to retest $20K? 5 things to know in Bitcoin this week