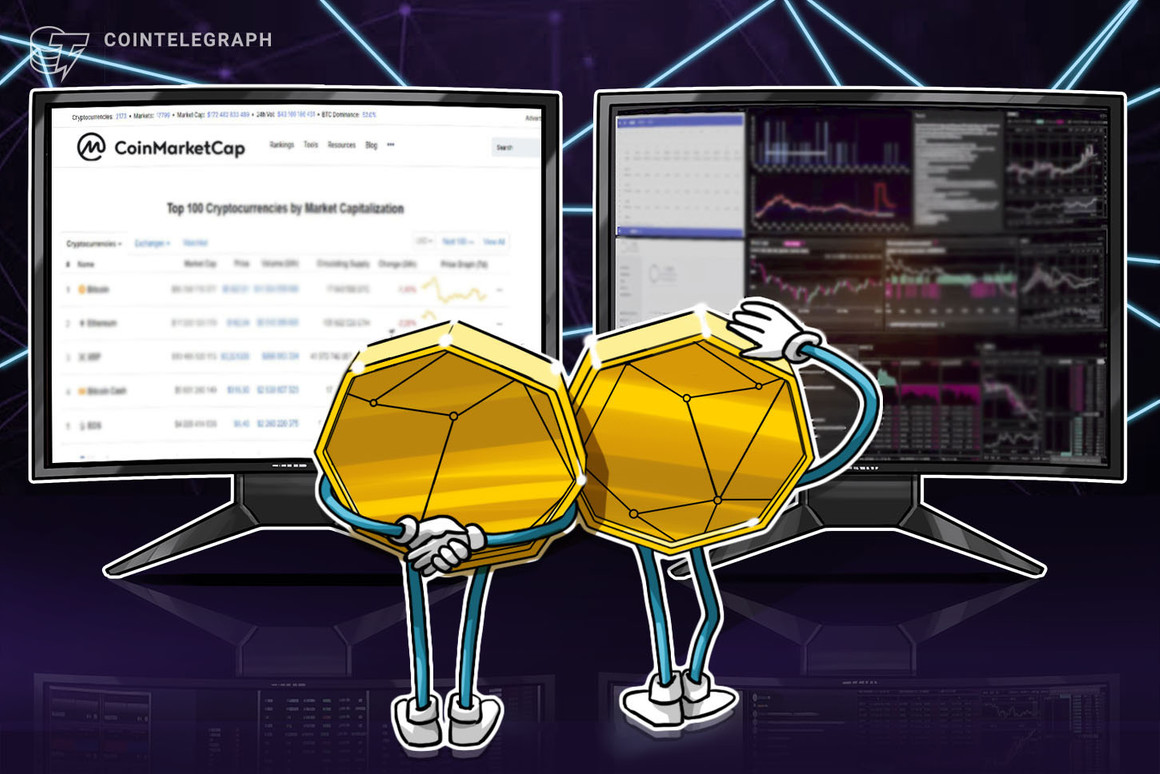 CoinMarketCap, a leading market researcher and tracker in the crypto industry, announced the launch of a new feature on its platform that gives users updated financial insights on exchanges.

The proof of reserves (PoR) tracker audits active cryptocurrency exchanges in the industry for transparency on liquidity at a given moment. According to the announcement, the tracker details the total assets of the company, and its affiliated public wallet addresses, along with the balances, current price and values of the wallets.

CoinMarketCap reports the PoR trackers will update data every five minutes. On Nov. 22, the company tweeted a guide for users on how to navigate the tool.

In the five-part Twitter thread, Binance was given as an initial example with over $65 billion listed in its combined wallet addresses. Additional exchanges with PoR information available include KuCoin, Bitfinex, OKX, Bybit, Crypto.com and Huobi.

Binance CEO and co-founder Changpeng “CZ” Zhao retweeted the development from CoinMarketCap with a link to Binance’s page. Some in the crypto community on Twitter have called this feature a “great transparency addition.”

CZ was among the first to make a pledge to provide proof of reserves following the ongoing FTX liquidity and bankruptcy crisis.

On Nov. 10, it published a proof of assets, which included wallet addresses and activity. CZ then tweeted that what is available now is only the first iteration of what will be available via Merkle Tree PoR in the near future.

Following Binance’s example, many other platforms in the space began releasing their financial reserve and liquidity information in an effort of transparency. Chainlink Labs, Bitfinex and Bybit were among some of the first to come forward with their own data.

However, the cryptocurrency investment product servicer Grayscale has withheld its on-chain PoR due to what it says are security concerns. It did release a letter from Coinbase Custody that verified that Grayscale’s crypto holdings are fully backed, yet withheld wallet addresses.